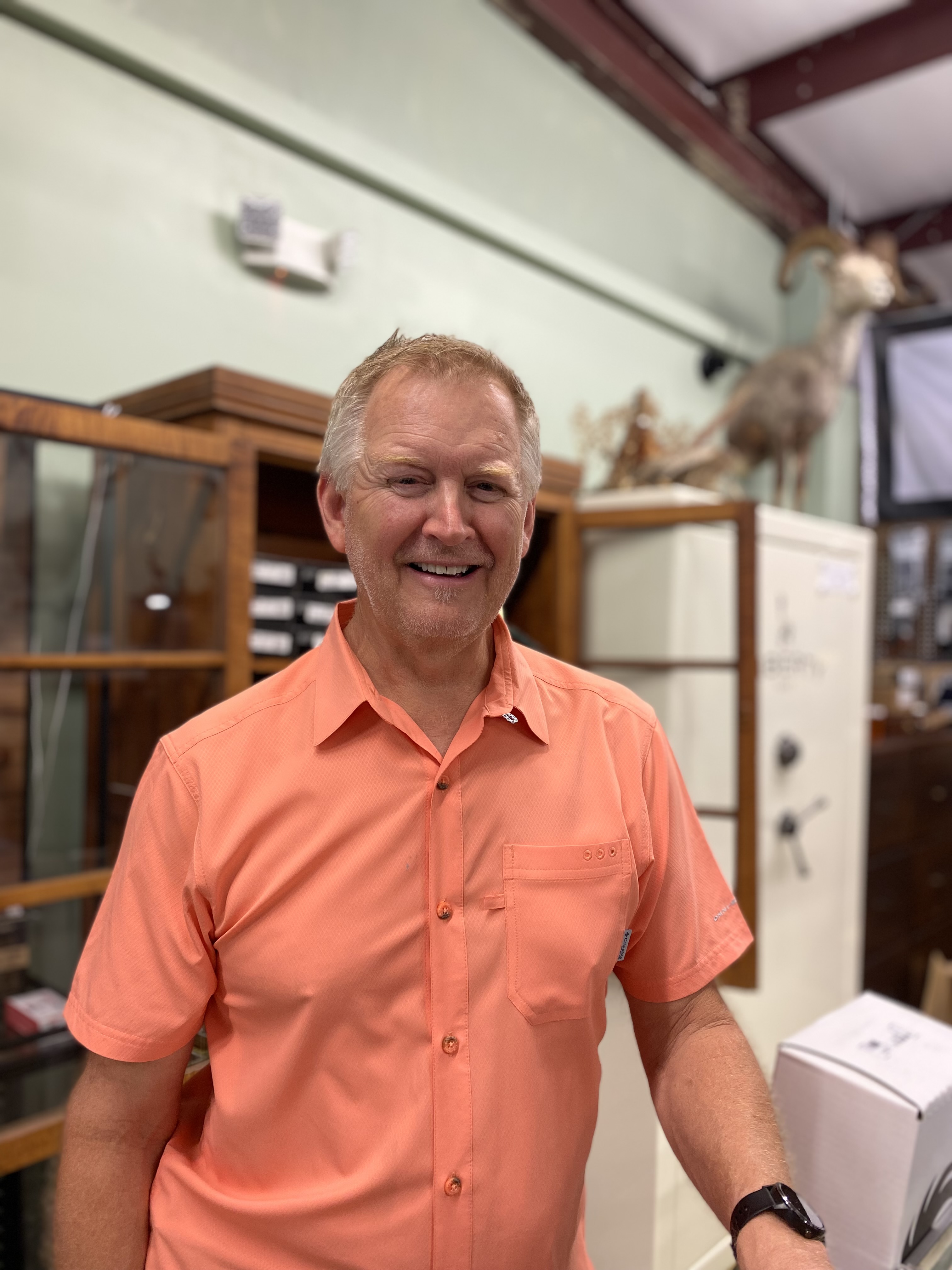 Chuck is a lifelong NC native. He grew up in the country with a lifelong love for hunting and shooting sports. Long range shooting has been most significant to him since he was a teenager. Along with his father, he took trips to western Virginia to hunt groundhogs on the farms of “Rich Valley” in their 1976 International Scout. They lodged in an 1800s era farmhouse secured by his father’s friend, Jack Moore. Jack introduced long range shooting of groundhogs to Chuck’s father in the early 70s and that love was passed along to Chuck. After leaving his country home, he became Chemical Engineer, with one of his greatest achievements being to help grow Trinity Manufacturing from a small group of seven people to over 120.  Many rifles later, Chuck retired from the Agro Chemical Industry and continued his interest in long range shooting by learning of PRS Matches and joining Coleman’s Creek Training Center in Ellerbe, NC.  When Chuck’s fiancé, Tiffany Evans, decided to open an antique store, The Bees Knees Antique and Thrift was born and they were able to acquire the suite next door to become the new home for Eastwood Outfitters, giving his lifelong hobby a vision into the future. Chuck resides in Pinehurst with his fiancé, stepdaughter and stepson. He also has two adult daughters, one grandson and a granddaughter on the way.

Buddy came to Moore County from rural South Carolina in 1990, after receiving a Bachelor's Degree from Winthrop University, setting out for a career in the golf industry. After fifteen successful years as a PGA Professional at several area golf clubs, he explored a different path as a Realtor. After a few years, he couldn’t deny his love for golf and migrated back to the industry as a Support Specialist for a golf-specific software company for ten years. Opportunity knocked in 2019, offering him a chance at Veterans Guardian VA Claims Consultants in Pinehurst. He found this very rewarding, due to the immense resources provided to our Military Veterans in need of assistance receiving their proper disability rating. The opportunity of a lifetime pulled him away when Owner Chuck Davis offered him the opportunity to help build Eastwood Outfitters from the ground up, and he has achieved nothing short of his expectations thus far.  Buddy lives in the Pinehurst area, along with his son Austin and rescue pup Gracie Mae. He enjoys hunting, fishing, motorcycles, challenging projects and making people happy. We live in the greatest country in the world and he wants to do whatever one man can to keep it that way. 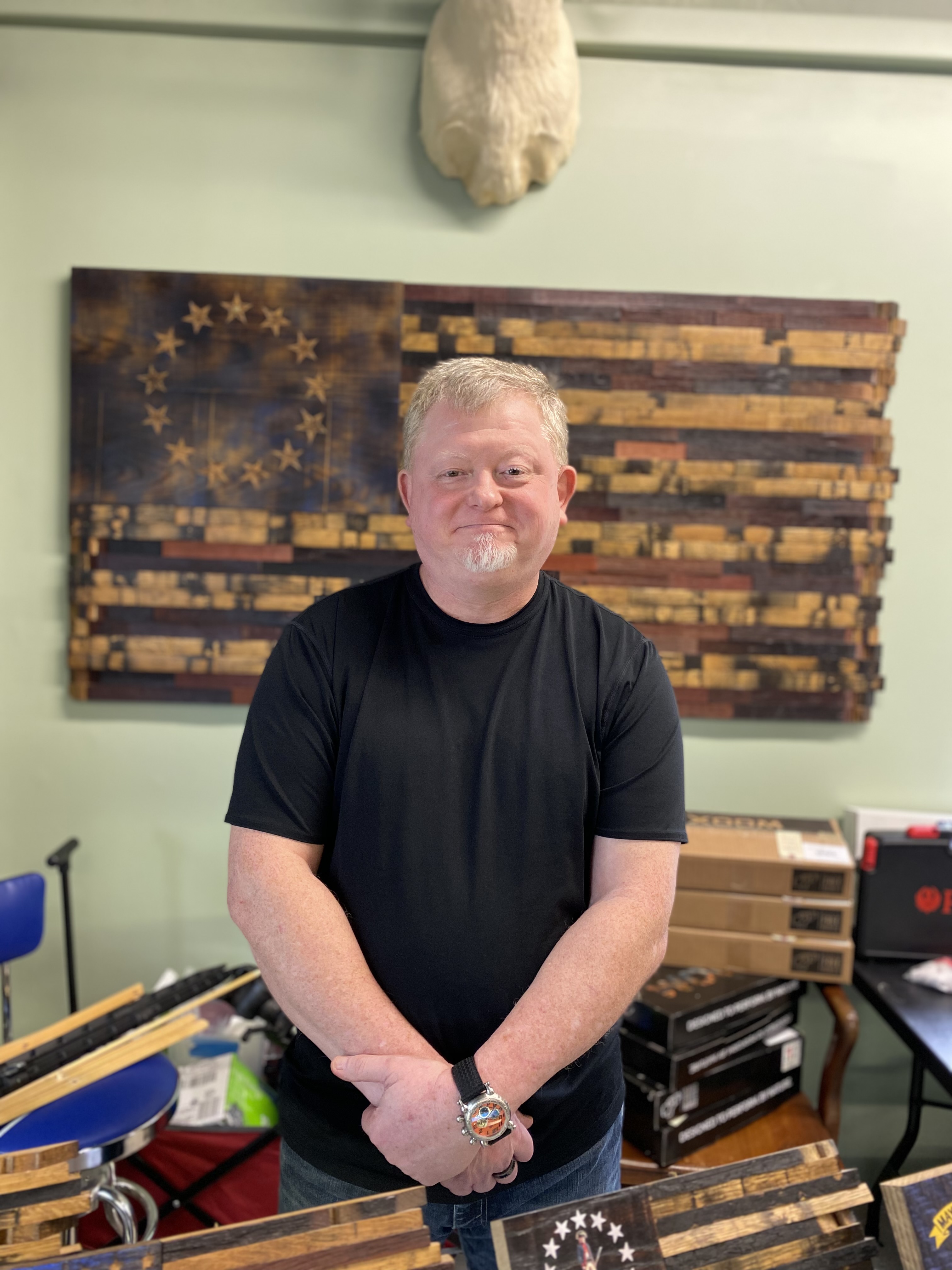 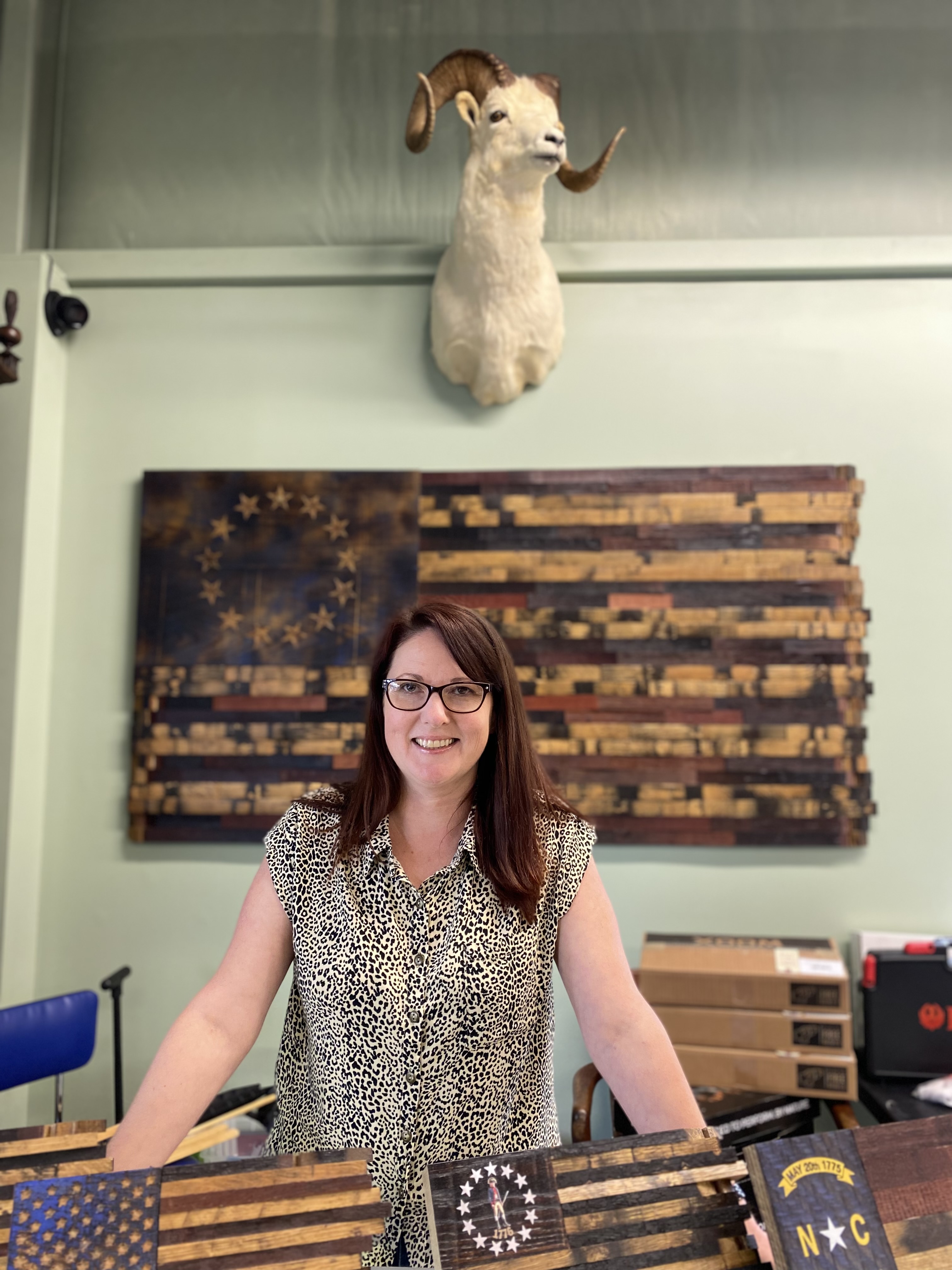 Marty was born and raised on a family farm in rural Moore County. After leaving for college in 1999, she spent twenty years away as a controller in several industries, including film and entertainment, corporate consulting, real estate and furniture. She is also a licensed casualty insurance agent and served as a Paralegal for several years. In 2018, she returned to her roots, moving to her late grandparent’s small farm in rural Moore County with her high school sweetheart, their two daughters and their rescue kitty, Moo. Looking to exit the hustle and bustle of the corporate world, a chance meeting with Chuck led her to become the one to keep us all organized and keep things running smoothly. She enjoys shooting, reading and collecting antiques.